Path of Zen is an experience which takes the player along for a calm walk in the park, where they explore how our minds and thoughts can effect our perception of reality. 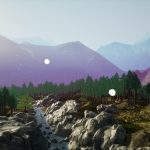 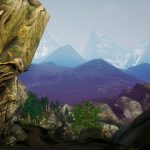 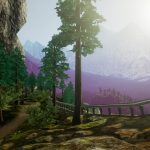 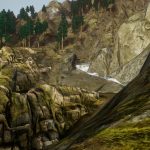 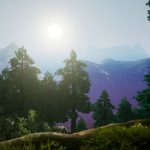 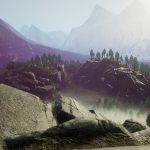 About
Requirements
Presskit
Credits
About

The experience simulates being stuck in a negative thought. It shows the player how this mindset can affect their perception of reality. What can you do when you get stuck on a certain mindset for too long. What can the player do to get out of these cycles, how does the player center himself and constructively deal with these problems? The game shows the player how to stay in the now and what we can do to help ourselves from slipping into similar cycles. The game features a small introduction into meditation through a short breathing exercise and aims to give people a mindful perspective on how we can deal with our thoughts. Join the main character in his journey through the park and listen to how the story unfolds.

The experience allows the player to experience the effects of what a negative thought cycle can do to a person when they get stuck on a certain mindset for too long.

The story of the game explores how easy it is to get stuck on day to day issues/problems, how we tend to fall back on them and they get stuck in our train of thought. How difficult it is to change the subject for yourself and how these thoughts can change your perception of the reality around you. How do we get rid of this negative mindset? How do we stop ourselves from slipping back into these thought loops?

The notion that we can use games for so much more than entertainment, came to our designer Nathan Daniëls early during his time at NHTV (IGAD International Game Architecture and Design). During his time there, he came across several game (Spec Ops: The line, Flower, Journey) that made him rethink what games could do and mean to people. During university he developed the idea that games should do more than entertain, that they could be used to teach people. He found that games are the perfect “safe” environment for transferring experiences. He wanted to make games that helped people deal with life a little easier and not just through offering them an escape from reality, but through the escape make functioning in reality easier as well. After a year in the industry, it seemed that the easiest way to achieve this was to start a company himself and try to gather people around this idea for a company and he set out to do just that.

The Idea for the company is to make games that create more understanding for one another, to make certain subjects less taboo to talk about. To communicate to people that many of us are dealing with similar issues and that it’s OK to talk about these things. Subjects like Negative thoughts, Fear or learning to let go, don’t seem like they are great subjects to explore in a game. The idea behind them will be that, the games will implore a mindful mindset to these subjects and communicate that through what the player sees and how they play the game. The games, rooted in Flow-theory, will strive to appealing aesthetics and intrinsically motivating mechanics. Using these methodes, we try to deliver a eye-opening experience, that holds the idea of a conscious mindful mindset to heart and aiming to deliver the most entertaining experience possible.


Initially the owner started the company with a different game than his current title, a game called Shrine. This game was about dealing with loss and although taking the product to a vertical slice, the project was too ambitious and he switched games to produce a smaller title. Path of Zen is currently nearing state of release and will soon be available online.

The text and images of this page are available for modification and reuse under the terms of the Creative Commons Attribution-Sharealike 3.0 Unported Licence and the GNU Free Documentation License(unversioned, with no invariant section, front-cover, or back-cover texts).

The experience allows the player to experience the effects of what a negative thought cycle can do to a person when they get stuck on a certain mindset for too long.